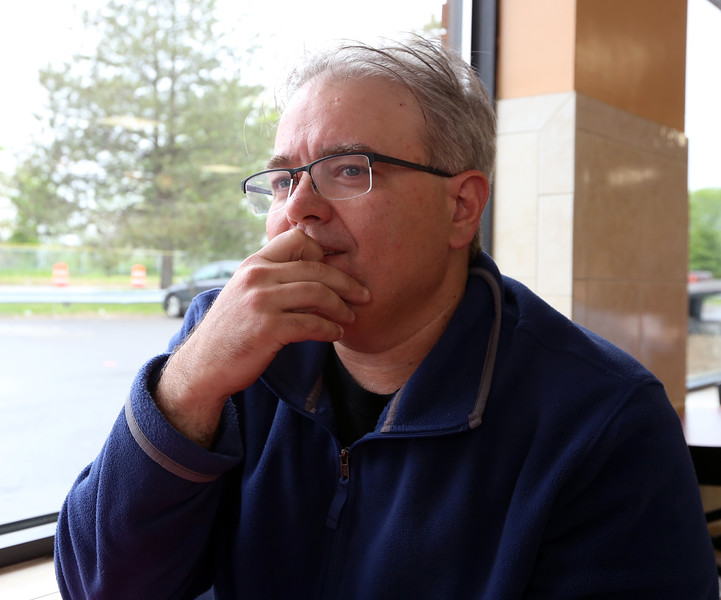 Barry Frechette of Billerica, at Top Donut, across from the Centralville Veterans Memorial, where Lowell's Memorial Day ceremonies will include Shigeaki Mori of Japan, who made sure the American POWs who died from the atomic bomb dropped on Hiroshima were remembered. Frechette's great uncle, Edward Chandonnet, was best friends growing up with Normand Brissette of Lowell, one of the POWs who survived the blast but died of radiation poisoning. (SUN/Julia Malakie)